Seven years after founding his fourth startup, Wilks Enterprise, inventor and entrepreneur Paul Wilks passed away at aged 85. After learning that her father had no succession plan, his daughter, Sandra Wilks Rintoul, had to take over Wilks and quickly learn about the industry and her father’s business.

With the help of company co-founder Carol Tunick, Sandy and her small team steadily built up sales over the next few years despite the global recession. Wilks was gaining ground with a new range of field-testing equipment that is used for biofuel, petrochemical, environmental, quality control, manufacturing and ambient air monitoring measurement.

We were doing OK, but I never lost sight that I had built it up to sell.

Throughout this time however, Sandy never lost sight of her ultimate goal: “We were doing OK, but I never lost sight that I had built it up to sell. Not just for me, but for my brother who had also inherited a 25% stake.”

After seeing four or five other investment banks and attending a seminar in Hartford, Sandy signed up with BCMS shortly after the seminar. Then came the process of getting the books and key documents in order.

“It was a lot of work to pull it together. We had to get an accountant in to get our books in order, but my cohort Carol Tunick and I did it step by step. I think BCMS made the process easy.”

The hardest part for Sandy was she didn’t want the employees to know about the potential sale until a transaction closing was imminent, so as to not lose any personnel in a small company where everyone was key.

While Wilks’s core clients were the oil majors, its robust equipment was also used in hospitals, on submarines, and at water treatment plants. Moreover, it offered the best margins in the sector, and lucrative potential for product and market extension.

It was a lot of work to pull it together. We had to get an accountant in to get our books in order, but my cohort Carol Tunick and I did it step by step. I think BCMS made the process easy.
BCMS identified nearly 200 potential buyers from around the world, and the response was encouraging, with more than 40 requesting further details. Eventually, two seriously interested parties emerged.

“There were two interested, because we are so specific. It was a tough decision, but I couldn’t sustain the pace much longer.”

With a sophisticated buyer, came sophisticated advisors and lawyers on the buyer’s side. BCMS and Wilks’s legal and tax advisors were well-equipped to negotiate and execute a successful transaction while adeptly navigating deal obstacles as they naturally arose.

Spectro and Wilks got on well, and the offer was attractive. Upon completion of the buyer’s due diligence and on the eve of signing the definitive purchase agreement, it was time to tell the staff.

“That was hard”, Sandy recalls, “Quite a few had worked for my dad for more than 40 years. One of them I babysat for when he was young. They said ‘why didn’t you tell me’ and I said I couldn’t. It was like lying and I felt awkward. But many of the employees had stock and they benefited too.”

With Wilks under new ownership and her responsibilities gradually receding, Sandy is looking forward to getting her life back. Shortly after the sale, she took a riding trek with her daughter, Lyla, to Macchu Picchu in Peru. She is also renovating her house and working through a long list of other desires.

Not only is the legacy of her father’s entrepreneurial spirit is ongoing with Wilks products available globally, but also Sandy’s two grown-up children received some help towards buying their homes. And, of course, Sandy can retire. 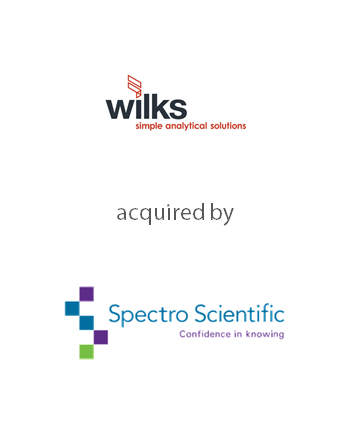