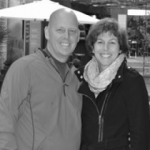 The internet was only five years old in 1999, but advertising executive Mark Rockett could see this would be much more than a new marketing channel. The web was a game-changer.

Working for the legendary Martin Agency in Richmond, Virginia in the late 1990s, Mark was involved with digital campaigns, getting to grips with banner ads, ad serving, and search engine advertising on Google, Yahoo, MSN, and AOL.

By 2003, with advertisers facing plummeting click-through rates, spam clogging marketing emails, and an increasingly media-savvy customer base, Mark decided he was ready to start something new on his own. He left the agency, borrowed $1600 for a laptop, and set up Rockett Interactive from the spare bedroom of the family home he shared with wife Genevieve and children Madi, George, and Kyle in Cary, North Carolina.

“I started more on the outbound marketing side, providing search engine optimization, ad-tracking, and traffic analysis, working as agency support rather than directly with clients,” he recalls. “Getting the business off the ground was slow, but I needed to put food on the table.”

Genevieve worked full-time as a physiotherapist during Rockett Interactive’s early years, but Mark – already working 80 hours a week – soon realized he couldn’t do it all by himself.

Mark adds, “With a university background in accounting and marketing, Genevieve is very talented at organizing, setting and achieving goals, building teams, and helping me focus on the business. We hired our first employee in 2005, and within a year we had three employees and the two of us working out of the top floor of our house. That’s when we decided to move into an office.”

Between 2007 and 2010, Rockett transitioned from taking on third-party work via agencies to winning clients directly, such as BB&T, Hanes Brands and Johnston & Murphy footwear, and was listed among the 500 fastest growing private U.S. businesses.

We were exhausted just maintaining that pace, there’s no way we could have carried on for another 10 years like that ... It gradually dawned on us that it was time to find a home for the business.

Advertisers wanted to correctly understand where their sales were coming from so, as the web analytics industry evolved, Rockett launched its own proprietary analytics and attribution tool. This was a turning point.

Genevieve explains, “We were both so committed to attribution. The potential, the market need, and the early feedback from clients convinced us. Although we only had limited resources to scale up, our solution was way ahead of the industry curve.”

Yet, as Rockett Interactive broke through – winning more clients and hiring new employees – this already-dynamic husband-and-wife team realized the pace would only hasten, and competitors were starting to catch up.

“We were exhausted just maintaining that pace,” says Genevieve “there’s no way we could have carried on for another 10 years like that. “We made a bad hire which was draining, and working together had taken its toll on family life. It gradually dawned on us that it was time to find a home for the business.”

The countdown to a sale

“I had no idea how to go about selling a company. I am drawn to structure, and I was impressed with the BCMS process. We were also interested in the size of deals. We didn’t want to be some tiny business that didn’t matter.”

“It was great,” recalls Mark, “Andy’s advice was very helpful, in what to say and what not to say, and to stay open and flexible while meeting potential buyers.”

The market response was encouraging. Of 237 potential matches, 33 signed up to receive the details, leading to nine meetings with some big industry names. One stood out immediately – the world’s third biggest ad group Dentsu Aegis Network.

Mark continues, “There were a few who wanted to merge, and there were some very big names interested. iProspect, a Dentsu Aegis company, reached out, and once we’d explained how we could help their performance-driven clients, they escalated things.

“We went to meet iProspect’s senior management in New York, and reached an agreement. We couldn’t believe it. I mean, Dentsu has 23,000 employees, and we have 16!”

With a deal on the table, Genevieve’s role as the company’s CFO and COO became critical. She recalls, “We agreed on a deadline, and as we got closer, all these legal documents kept coming through. There were lots of questions, and at times I was working until 4am. On completion day, I had our accountant, attorney and Andy all on the phone at the same time. We finally got everything tied up two minutes before the deadline.

Genevieve remembers, “We couldn’t believe the deal had come to fruition. It was Christmas week, and I had just done three 22-hour days straight. We went for a meal to celebrate, but I was so exhausted -- I was out of it to be honest.”

Then, it was time to tell the world.

“A press release was issued, and we told our team,” says Genevieve, “Nobody had known what was going on behind the scenes. Running in parallel paths had been difficult at times. We didn’t know exactly how the team would react. At first, there was shock, followed by predominantly positive comments coupled with understandable uncertainty. It took a while for the news to sink in, but with time, our team has embraced the opportunities that have been made available and are enjoying the advantages that come with a larger, much larger, entity.”

Dentsu had already identified that Mark was one of the foremost digital marketing attribution experts, and it became important for him to stay with the business. And Mark wanted a job with less stress.

“We were stressed,” says Mark, “The whole family unit was stressed. Now, I’m back doing what I like doing, without the CEO role or the financial responsibility. It’s like working for a large new client. There’s a little bit more process, and things may take slightly longer than when you are on your own. But at this stage, it’s not about making snap decisions.”

Genevieve beams, “I feel like the weight of the world has been lifted, and it’s nice as husband and wife, that we don’t cross paths as much. Mark comes home, and our focus is on family not work.

“There’s already been a huge change, definitely. Our family and friends have said we look and sound better, and Mark is enjoying work again.”

"I’m back doing what I like doing, without the CEO role or the financial responsibility," said Mark.

The wider Rockett team has also benefited: as part of the Dentsu Aegis Global Network, they are enjoying working with some of iProspect’s larger clients, and have new opportunities for career advancement, exposure to more digital channels, and the chance to scale attribution.

But what about the money? Aren’t these deals all about the money? “No”, they say in unison. “We weren’t desperate to sell, we didn’t have to sell” adds Mark, “and we had lots of other reasons. This is the right one, and the best thing for us." 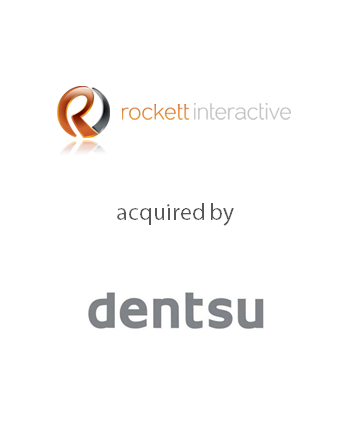