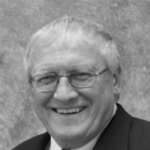 A seasoned entrepreneur in the construction trade, Jerry Abendroth started his cutting-edge building envelope consultancy in Texas in 2008. Soon, dynamic growth and a desire to secure the future for his “family of employees” led him and his younger partners to consider their sale option.

At the time we believed, and I still believe this today, we were visionaries,” says Jerry Abendroth. With decades of specialist experience in construction and contracting – both as a senior level employee, and as an entrepreneurial business owner – he is well placed to judge. With two younger partners, Jerry founded specialist engineering firm, Building Exterior Solutions LLC (BES), in 2008. Originally based in Houston, Texas, BES focuses on construction consultancy for the “building envelope” – walls, floors, roofs, fenestrations, and doors.

“The building envelope consulting business in the United States had just mushroomed and we were on the cutting edge of that trend,” Jerry explains. “We were going to remain a smaller firm, but just three weeks after opening the business, a major hurricane hit Houston.” Demand for their niche expertise increased almost overnight: “We had to increase the size of our business greatly in the first six months just to cover the work that was coming from insurance related claims and better-than-expected organic growth of the business. There were many engineering firms, but very few of us that were pure building envelope people.”

BES continued to expand quickly, but Jerry freely admits this was client-led, rather than strategic: “About three years later we moved into the Dallas market, mostly because our clients drove the train. I wish I could say I was more of a visionary in expansion! But in the Texas market it really makes sense to have offices in Dallas, Austin-San Antonio and Houston, because that’s the tri- sector. One of the engineers who worked in the Houston office was asked if he would move to Austin-San Antonio. He agreed, and opened a small office there. Since 2016, that particular office has doubled in size.”

Even during the company’s strong growth phase, Jerry was performing three to five year forward-planning and exploring his exit options. Ultimately, a number of factors were behind the decision to sell. Jerry was seeking an improved work/life balance, but his partners didn’t want to assume complete control and management of the business. As a strategic move, the partners brought in a new CEO as part of succession planning, but the new hire was suddenly taken ill. This unexpected development convinced the partners to accelerate the business sale process, and in 2014, BES engaged BCMS to help them explore the market of potential buyers.

What we didn’t understand was the unbelievable amount of paperwork it would take ...

One of the core pieces of advice BCMS gives clients is to carry on running your business as normal – as if you weren’t going to sell. But that is easier said than done in some cases. “Talking with BCMS we clearly understood that there would be interviews and a need for confidentiality,” says Jerry. “What we didn’t understand was the unbelievable amount of paperwork it would take. All three of the partners were highly billable employees, and therefore critical to the day-to-day revenue streams of the company. Inevitably, the company suffered when one of them had to take time out to prepare the information.”

Selling a business is challenging, and Jerry appreciates the professional input that a good advisor brings to a deal. “I have such high regard for BCMS. I think the team did such a great job getting us through it. In the midst of constant chaos, Andy Wood [BCMS Senior Vice President] was a solid figure who produced very good advice and counsel.”

Was the marketing and the financial preparation by BCMS and the representation good?

“Absolutely. Would I do it again? Sure I would. The paperwork was painful and we weren’t ready for it, but the team prepared us well for the interviews and marketing of the firm. The meetings were well organized and we had the information in advance from the BCMS team to review.”

As a growing business, with a clear, specialist offering, there was significant nationwide interest from acquirers in BES. The frontrunner was a business Jerry was well aware of: “Terracon is a geotechnical company that I had known for years. They would even engage our services because of our power in the Houston market. They have three very large divisions (geotechnical, environmental and materials) and then the facilities division, which we are now part of, which is up and coming.”

Much of Terracon’s recent growth has come via acquisitions, and Terracon prides itself on treating “acquired” employees well – citing a 95% employee retention rate post-deal. For Jerry and his partners, this was a vital factor in their decision-making. “We had one potential possibility of making more money on the deal than with Terracon, and all three of us said ‘let’s not go down this road.’ Terracon is an employee-owned company, which we think is a really good idea.”

True to character, Jerry did his own extensive due diligence on his acquirer: “I called some other companies that Terracon had purchased to find out if their statements about employee retention were accurate. That was the number one thing, we wanted our employees taken care of. Here we are, nearly two years later, and 97% of our employees are still with us.”

The No. 1 thing? We wanted our employees looked after!

When the sale was finalized, Jerry’s main message to his staff was simple: “You are becoming part of a company that can afford you a lot of opportunities we can’t.” Today, Jerry’s former colleagues all own stock in Terracon. That stock rose substantially in 2016, and is heading for another record year.

Terracon’s acquisition has opened the door to many more opportunities for the two other partners and the other employees, giving them the chance to hold senior national positions in a much larger organization. Jerry’s own post-sale commitment to Terracon, however, officially ended in the summer of 2017. “Terracon asked me what I was going to do next, and I said I was moving back to Denver, because that’s where my kids and grandkids are. They said: ‘Why don’t you work for us there?’ To their credit they worked out an outstanding deal for me to stay on and cut back on hours. I have no complaints at all about this company. I find them to be very true to their word and very genuine.” 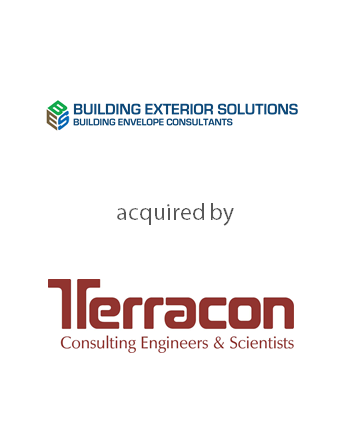